Showing posts from May, 2020
Show all

Protecting yourself against poison attacks

Protecting yourself against poison attacks Data poisoning by way of logic corruption, data manipulation and data injection happen when the attacker finds a way to access your data set. The kind of poison attack varies depending on the level of access the attacker is able to achieve Here’s what you can do to ensure such access is prevented. The data poisoning attacks discussed above adversely affect your IT system’s machine learning capabilities. So, the first logical step would be to invest in a good machine learning malware detection tool. These tools are different from the typical anti-malware tools you get in the market and are specifically designed to prevent machine learning capability poisoning. Always follow general IT security best practices such as- Training your employees to identify spam, phishing attempts, and possible malware attacks Following good password hygiene, which means never sharing passwords and only using passwords th
Post a Comment
Read more

Online shopping? Watch out for these red flags

Online shopping? Watch out for these red flags Who doesn’t like online shopping? Online shopping has opened up a whole new world to us. Get whatever you want, whenever you want, without wandering from store to store. It doesn’t matter if it is too hot to venture outside or if there’s a blizzard out there, you do your shopping from the comfort of your couch and the stuff at your doorstep. You get great deals, some are better than in-store specials. But, did you know cybercriminals love the concept of online shopping as much as you do. Cybercriminals are exploiting the growing popularity of online shopping to cheat unsuspecting buyers through techniques such as phishing, malware injection, etc. Here are a few tips that may work to keep you safe from being a target of cybercriminals as you shop online. How to determine if the ad or shopping site is genuine? As you browse the web, you will come across various ads targeted at your interests. Businesses engage in ‘Retargeting’ which means t
Post a Comment
Read more

Is the Cloud really risk-free?

Is the Cloud really risk-free? The Cloud presents plenty of benefits that make it a very attractive choice, especially for SMBs who don’t want to be burdened with higher in-house IT costs, putting your data in the Cloud is not risk-free. Just as storing data on physical servers has its security threats, the Cloud presents certain security concerns as well. These include Data breach: A data breach is when your data is accessed by someone who is not authorized to do so. Data loss: A data loss is a situation where your data in the Cloud is destroyed due to certain circumstances such as technological failure or neglect during any stage of data processing or storage. Account hijacking: Like traditional servers, data in the Cloud could be stolen through account hijacking as well. In fact, Cloud account hijacking is predominantly deployed in cybercrimes that require entail identity thefts and wrongful impersonation Service traffic hijacking: In a service traffic hijacking
Post a Comment
Read more 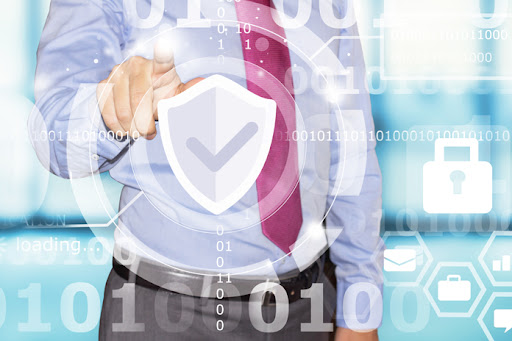 Smaller firms less likely to keep up to date on the basics that protect them. On the never ending problem of cyber security, small firms often do not have any/much in-house IT support. As a consequence, they may be less likely to be able to make sure their software is consistently updated to reflect any patches released by the product’s maker. This simple oversight, deliberate or not, is a major source of data breaches and ransomware attacks. Think back many years to when Microsoft pulled the plug on maintaining Windows XP. Many users refused to upgrade because there were afraid of losing compatibility with other software programs, the unintended consequences of moving to a new OS, or just not being sure how to install an upgrade. Whatever the issue, it meant those users had an operating system that was no longer updated to reflect the latest security fixes. Their operating system became an unlocked gate. You may not be scared of technology, but as a small business owner, tracking t
Post a Comment
Read more
More posts